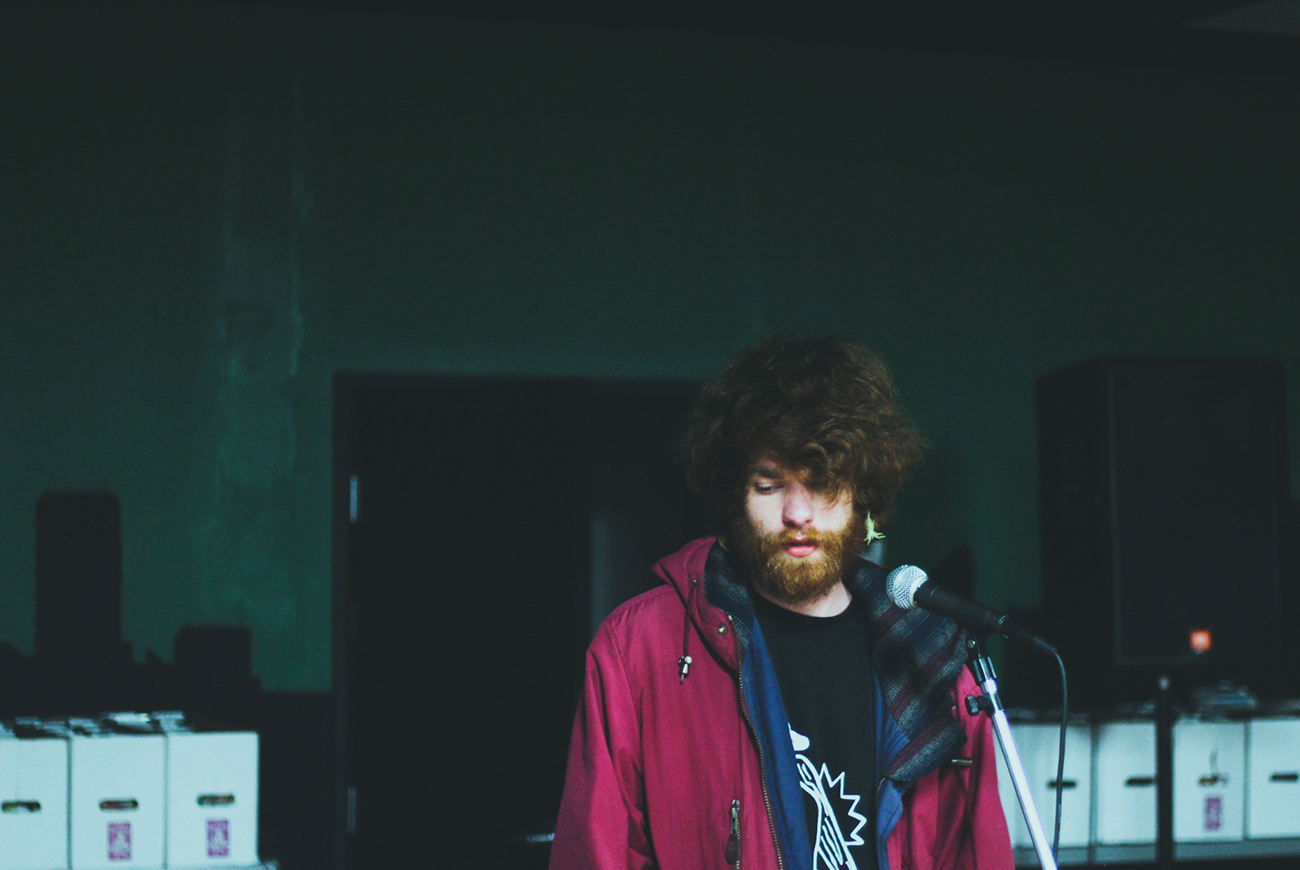 Field Medic is the lo-fi folk project of Kevin Patrick. His first release on Run For Cover Records, Songs From the Sunroom, compiles material he’s recorded and released over two years from a small sunroom in San Francisco which doubled as his bedroom. At eighteen, Patrick discovered the music of Joni Mitchell and Bob Dylan, who changed his perspective on what a song could be and led to him developing his own style which he describes as “freak folk/post country with an emphasis on finger style guitar and lyrics.”

Patrick initially embraced lo-fi because he felt that his home recordings were a truer method of expressing what he was creating than anything he could do in a studio. Drawing inspiration from new wave and rap, Patrick pushed the boundaries of what a folk song could be, incorporating new elements in each subsequent release from analogue drum machines to Casio keyboards to banjo. The immediacy of that recording process and the freedom of experimentation inherent within are central to Field Medic’s character, extending through his music to his freestyle, improvised mixtapes and his poetry.

The tracks on Songs From the Sunroom were recorded during a heightened creative period and released as an almost non-stop flurry of EPs, albums, and singles, all of which have been shared via Bandcamp since 2014. As Field Medic, Patrick has released every song he has ever recorded, a conscious decision summed up in his philosophy that “all expression is valid”. “I don’t believe in perfection, I learned that perfect wasn’t real” he explains, continuing “To me [the tracks on SFtS] aren’t demos, they’re the finished songs because no one was waiting on any other versions, so why would I?”

This past January, Patrick gave up his sunroom in San Francisco to travel around the country playing music. Along the way he has joined up with acts such as Pinegrove and The Neighborhood as well as appearing at Outside Lands 2017. The coming year will find Field Medic recording his debut full-length for Run For Cover Records and touring heavily.